What’s the latest on the Jesus Christ Superstar fiasco? Or as Sir Tim Rice, might have put it, “What’s the buzz? Tell me what’s-a-happening!”

“Why should you want to know? Why are you obsessed with fighting?” – because you are reading this blog and you are nosey. Nothing wrong with that!

But in reality, the promoter could not complete the lyric… “I could give you facts and figures. Even give you plans and forecasts. Even tell you where I’m going.”

Following yesterday’s Showbusinessinsights post about the collapse of the US Jesus Christ Superstar arena tour, new details are emerging.

The New York Times is reporting that poor ticket sales were to blame for the demise of the 50 date extravaganza.

Michael Cohl, promoter of the tour, claimed that millions had been spent to market the show, but that there simply had not been enough interest to sell 50 dates-worth of 18-20,000 seats at up to $125 each at high-profile venues like the Staples Center in LA and Madison Square Garden in New York. 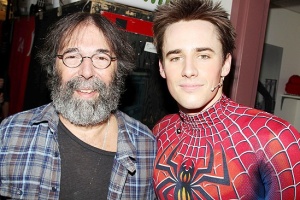 “It became obvious the shows were in trouble but we tried until the last moment to give it every chance to turn around. In the end it just did not make business sense to continue and we didn’t want the cast to endure playing to disappointing audiences.” said Cohl to the New York Times.

The collapse of Jesus Christ Superstar is another challenge for Cohl after his role in the skyscraper-sized commercial failure of Spiderman: Turn Off The Dark. 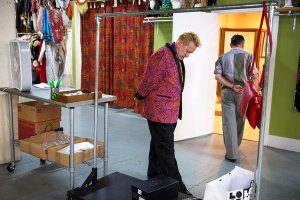 More reaction from cast members of JCS is emerging, with John Lydon, formerly Jonny Rotten of the Sex Pistols, saying “I had a run-in with the alleged promoter in New York. I didn’t like him and I instinctively didn’t trust him.The excuses are going to have to be phenomenal. All that Mr. Cohl had to do was ring me up and I’d have lent him $5.”

The fallout will no doubt continue for some time.